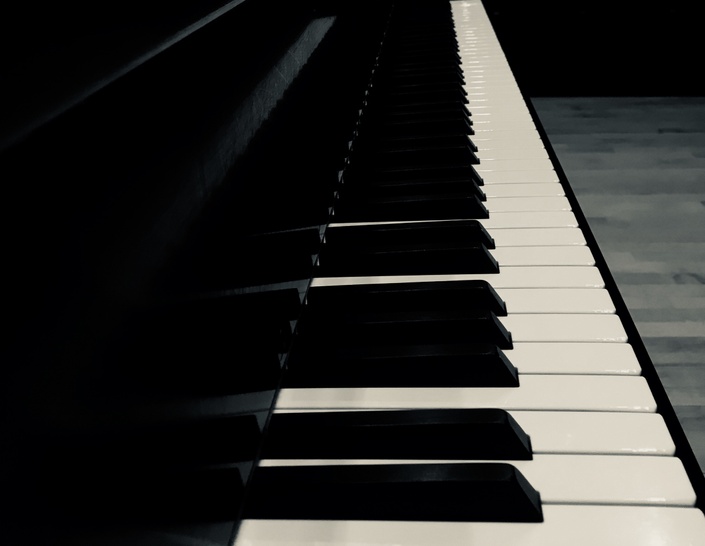 The coupon code you entered is expired or invalid, but the course is still available!

Today, pianists who aspire to do well in their field of study are often required to know a diverse range of functional keyboard skills. The spotlight has been placed on a more multi-faceted pianistic career path and the skills that come with it. The Multi-Functional Pianist (2019) encourages new approaches and a heightened understanding of what it takes to be a multi- functional classical pianist by today’s industry standards. Over the course of five chapters, the trajectory of skills is examined in an “A-to-Z” approach. “A” is perhaps a piano major with some formal functional keyboard training, while “Z” is the keyboard wizard, at the graduate level, who possesses a great functional capacity as a successful collaborative pianist. Many teachers might have experienced the challenge of trying to teach students many skills from one authoritative source. The Multi-Functional Pianist helps to streamline these skills into a single place. This holistic approach makes students more marketable in the long run and provides teachers with alternatives to potentially repetitive drills. The more the diversity of functional keyboard skills is introduced in school, the more doors will be opened for students in their post-graduate studies and for jobs down the road.

Called for his "pianistic allure" (Gramophone), Canadian pianist Lucas Wong is earning a diversified career as a soloist, chamber musician, pedagogue, and vocal coach. He has performed in many prestigious venues across a dozen countries on four continents. Wong specializes in French music, collaborative piano, and songs of William Bolcom. His career highlights include multiple engagements at the Carnegie Hall, innovative recital programs like "Beyond 88" and the "Mostly Debussy" series, a complete performance of Des Knaben Wunderhorn at the Shanghai Conservatory, directorship of the complete Duparc melodies at Songfest in LA, and collaborations with American composers such as William Bolcom, Jake Heggie, Libby Larsen, and John Musto. Wong's academic achievements include his Yale doctoral thesis "Perspectives on Claude Debussy’s Douze Études” and the article "Humour in Late Debussy: Multiple Perspectives on Douze Études" published on the Musical Times.

Lucas Wong has collaborated with world-renowned artists such as trombonist Joseph Alessi, violinist Soovin Kim, mezzo-soprano Susanne Mentzer, bassoonist Frank Morelli, clarinetist David Shifrin, and Erhu artist Fei Song. A versatile partner for both instrumentalists and vocalists, he is also a superb opera coach and assistant conductor. He has appeared on professional rosters of the New York City Opera, Opera America, and Metropolitan Opera National Council Auditions in Connecticut. He is the founding artistic director of Liederfest in Suzhou. As an educator and administrator, Lucas Wong was a founding faculty member at the Soochow University School of Music (China), where he served as piano professor and coordinator for chamber music, collaborative piano, and staff accompanists. He has been regularly invited to give masterclasses and adjudications in top institutions, festivals, and competitions.

Lucas Wong began his early training at the Hong Kong Academy for Performing Arts. He is a graduate of the University of British Columbia (B.Mus.) and Yale School of Music (M.M., M.M.A., D.M.A.). His key mentors include Boris Berman, Claude Frank, Peter Frankl, Michael Friedmann, Margo Garrett, Martin Katz, Warren Jones, Julian Martin, Edward Parker, Tak Poon, Rena Sharon, and Robert Silverman. He holds a Post-Graduate Associateship from the Yale Institute of Sacred Music, a Post-Graduate Collaborative Piano Fellowship from Bard College Conservatory of Music, and a Teaching Fellowship at the Yale Department of Music. He has been generously supported by the Début Competition (Canada), the Marilyn Horne Foundation, the Yale School of Music Alumni Association, the British Columbia Arts Council, and the Vancouver Foundation. He earned his ARCT Teacher’s diploma from the Royal Conservatory of Music in Toronto, for which he received a Gold Medal, the conservatory’s highest honor.

The coupon code you entered is expired or invalid, but the course is still available!